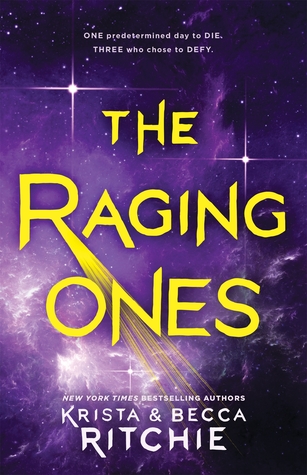 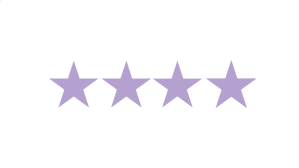 Book: The Raging Ones

Series: The Raging Ones, #1

From New York Times bestselling authors Krista and Becca Ritchie, comes The Raging Ones, an edge of your seat sci-fi romance with twists and turns that you will never see coming!

In a freezing world, where everyone knows the day they will die, three teens break all odds.

Franny Bluecastle, a tough city teen, dreams of dying in opulence, to see wealth she’s never known. Like the entire world, she believes it’s impossible to dodge a deathday.

Until the day she does.

Court Icecastle knows wealth. He also knows pain. Spending five years in Vorkter Prison, a fortress of ice and suffering, he dreams of life beyond the people that haunt him and the world that imprisoned him.

Mykal Kickfall fights for those he loves. The rugged Hinterlander shares a frustrating yet unbreakable connection with Court—which only grows more lawless and chaotic as their senses and emotions connect with Franny.

With the threat of people learning they’ve dodged their deathdays, they must flee their planet to survive. But to do so, all three will have to hide their shared bond as they vie for a highly sought after spot in the newest mission to space. Against thousands of people far smarter, who’ll live longer, and never fear death the way that they do.

This book was not what I was expecting at all, but it turned out to be such a fun ride filled with lovable, relatable characters in a unique world.

The Raging Ones follows three main characters and is told through three POVs: Court, Mykal, and Franny. We learn very early on that the world they live in is freezing and miserable. To make matters even more interesting, everyone who is born will also know the day they will die. By knowing their “deathday”, they immediately get placed into one of three social hierarchies that ultimately leads to how much they end up contributing to the world.

Babes: Those who have a deathday before the age of 12. Babes are viewed as people who won’t be able to contribute much to society so they’re left with their mothers to live out their life expectancy.

Fast-Trackers: People with a deathday between 13 to 29 years. Fast-trackers lead more rebellious lives and are often looked down upon as lower-class citizens because they don’t get the same educational and job opportunities as Influentials.

Court and Mykal are the best of friends who happen to have a very unique ability: They are mentally and physically linked. One person can feel what the other person touches, senses, tastes, etc. Although Court was raised by an Influential family, he was born a Fast-Tracker. Mykal was a Babe. But for some unknown reason they didn’t die on their deathdays.

And neither does Franny, a Fast-Tracker, who ends up becoming linked to Court and Mykal as well.

Scared their deathday-dodging secret will become uncovered, the trio enrolls in a space program where they must compete with a thousand other candidates. The goal is to win a spot on a 5-person crew on board a Starship.

The first half of this book felt much different than the second half; it almost felt like I was reading a completely different book. The first half is mostly world building; we get a glimpse into Court’s dark past, Mykal’s tragic history before he meets Court, and Franny’s budding relationship with Court and Mykal. I really love the romance between Court and Mykal, and I was even low-key hoping for a polyamorous relationship with Franny. But, Franny has such a wonderful bond with the boys, and I love how protective Mykal is with Franny and Court. This trio has easily become some of my favorite YA squads.

The second half of the book takes a quick dive into the space program. Things move at a much faster pace here as the trio has to go through various tests and meet their competitors. I loved how creative the tests were and how many secondary characters played key roles in the story.

One thing that really stands out to me is how technologically advanced this world is (they can obviously travel through space), but there aren’t very many techno gadgets people use in their day-to-day lives. Everything felt outdated and I got major dystopian vibes.

Because this book had a bit of a slow start, I gave it four stars. But it’s a high four stars because I genuinely loved the characters so much. Court gives me low-key Kaz Brekker vibes, Mykal is a selfless, lovable teddy bear, and Franny is a badass boss. I can’t wait to read the next book because… that ending? HELLO? I need ANSWERS!

5 thoughts on “The Raging Ones by Krista & Becca Ritchie”