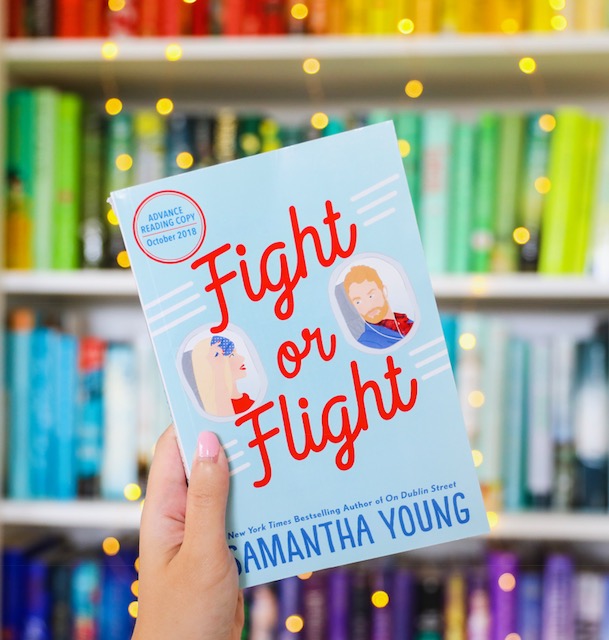 ARC provided by Berkley in exchange for an honest review

A series of chance encounters leads to a sizzling new romance from the New York Times bestselling author of the On Dublin Street series.

The universe is conspiring against Ava Breevort. As if flying back to Phoenix to bury a childhood friend wasn’t hell enough, a cloud of volcanic ash traveling from overseas delayed her flight back home to Boston. Her last ditch attempt to salvage the trip was thwarted by an arrogant Scotsman, Caleb Scott, who steals a first class seat out from under her. Then over the course of their journey home, their antagonism somehow lands them in bed for the steamiest layover Ava’s ever had. And that’s all it was–until Caleb shows up on her doorstep.

When pure chance pulls Ava back into Caleb’s orbit, he proposes they enjoy their physical connection while he’s stranded in Boston. Ava agrees, knowing her heart’s in no danger since a) she barely likes Caleb and b) his existence in her life is temporary. Not long thereafter Ava realizes she’s made a terrible error because as it turns out Caleb Scott isn’t quite so unlikeable after all. When his stay in Boston becomes permanent, Ava must decide whether to fight her feelings for him or give into them. But even if she does decide to risk her heart on Caleb, there is no guarantee her stubborn Scot will want to risk his heart on her…

I’ll be honest, this is more of a 3.5 star read for me. There were several scenes that had me grinning ear-to-ear and I couldn’t stop turning the pages, but I still can’t get over how obnoxious the male MC was, and how many problematic things came out of his mouth. I was using color coded tabs to mark the parts I liked and the parts that had me thinking, “WTF? Is this guy seriously going there?” Well, the latter ended up having way more tabs by the time I got done reading. So. There’s that.

But let’s back up a bit to the premise of the story: Ava is having a pretty crappy day and she’s just trying to fly back home to Boston. But she ends up encountering a rude man (Caleb) at the airport, and then again on their flight. They both get stuck in Chicago for a layover for the night and, as you can probably guess, they share a steamy night together with the mutual agreement that it’s just sex; they’re just having fun, and they will never have to see each other again. Of course as most of these romances go, they do see each other again and they end up agreeing to be friends with benefits.

I am such a sucker for an enemies-to-lovers romance. It is my favorite trope when done tastefully. And I truly loved Ava. She is ambitious and fiercely loyal. We also get to learn so much about her past with her parents and her ex-boyfriend (which will make you very angry.) I was also living for her friendship with Harper, who was easily my favorite character in this book. (We are going to need a sequel with Harper, please!) However, Ava does have some faults, especially with her reasons behind excusing some of the things Caleb did.

But what put me off the most, from the very beginning, was just how plain rude Caleb was. He was incredibly rude to wait staff, said mean and hurtful things to Ava, and showed a lack of respect to pretty much everyone. And I can’t gloss over the fact that he did a very gross thing during sex with Ava (he started having sex with her without a condom. Ava proceeded to ask him to put one on, but then he thrusts himself back inside her before he does what she asked. JUST. WHAT. THE. HELL?) There is also a very brief scene where Caleb vilified a woman for having an abortion. I legit put the book down after reading that and had to rant to my buddy read group before moving on. I understand it’s different if said woman lied to the father of the baby, or some other dishonest scenario, but I am so put off by anyone saying what a woman can/cannot do with her own body. By this point I was like, “Wow, we really had to go there, didn’t we?”

There is also a secondary male character who treats women like absolute garbage, and I wanted nothing more than to cancel him out of the book. Boy, bye.

I hope I didn’t come off as too negative here. I really did enjoy it (hence my rating), but I couldn’t ignore the problematic things that happened. And what I liked the most about this book was how important it is to find happiness in yourself and to not let the actions or words of others define you. Our society puts so much pressure on women and yet if we wear nice clothes and makeup, we are judged for being high maintenance and shallow. So, thank you to Samantha Young for bringing up these issues because I could 100% totally relate. This book truly was an enjoyable and very un-put-downable read. I think I would’ve rated this book higher if Caleb wasn’t such a jerk.

5 thoughts on “Fight or Flight by Samantha Young”