Every once in a while you come across a thriller that just sticks with you… and wow, this was the one!

I know rating and reviewing thrillers can be such a mixed bag because everyone has their own levels of comfort when it comes to the violence depicted, or perhaps you’re just really good at guessing the twists (which is a good or bad thing depending on your preference.)

My Lovely Wife exceeded my expectations when it came down to two things: The serial killer plot line, and the pacing. Really, I’m just a sucker for serial killer stories, I guess!

We follow a married couple who, in truth, are both quite terrible people. The story is told from the husband’s perspective, which I particularly enjoyed because I feel like most of the thrillers I pick up tend to be from the woman’s POV. I enjoyed being his mind and seeing his truly fucked up relationship with his wife, Millicent.

Millicent is a real estate agent but she has a darker secret: She murders people. Her husband helps lure the victims, and then Millicent is the executioner. But in order to cover up their trail of murders, they both decide to resurrect a famous serial killer named Owen. By copying Owen’s MO and using his name to taunt the police, they are able to get away with their own crimes.

But in true thriller fashion, things don’t go quiet according to plan. Y’all, I immensely enjoyed the ride and just how well written everything was! All the clues and bread crumbs fell into place, and I was left feeling so satisfied with the ending.

However, I do want to mention that if you’re not a fan of thrillers that depict torture/violence then this may not be your cup of tea. It’s clear the author pulled lots of inspiration from true crime cases (particularly that of serial killers from our past) that you are going to notice some similarities.

Another thing I want to mention is that while this book is marketed as “Dexter meets Mr. and Mrs. Smith,” I wouldn’t say that is quite… true. It errs more on the Dexter side of things, but the Mr. and Mrs. Smith analogy is a bit of a joke. Our married duo in this book are not trained assassins. They’re not hired to go around killing other people. They’re just two people who have a very fucked up relationship and quite frankly, they’re both shitty people.

Nonetheless, I loved this thriller so much, and I hope you’ll pick it up, too! I truly couldn’t put it down. 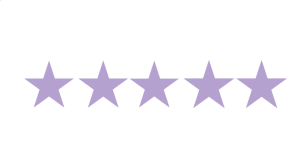 3 thoughts on “My Lovely Wife by Samantha Downing”