But, okay, really. I do want to talk about some of my most disappointing reads of 2018. I want to preface this by saying I am not trying to offend anyone and if you ended up loving these books on my list then I think that’s great! Unfortunately these just weren’t for me or I really expected more.

The following were books I rated between 1-3 stars. In my opinion 3-star books are good. In fact, it means I still enjoyed them and recommend them. However, the books on this list mean I had some issues with certain aspects of the book, or it just didn’t live up to my expectations (especially when it’s the last book in a 7-part series!)

All of my reviews are linked below, too!

The Hazel Wood by Melissa Albert ★★

This book was marketed as a dark fairytale for fans of A Court of Thorns and Roses and… it was basically the total opposite. I was also not a fan of the main character or how the plot was handled at all.

Not Even Bones by Rebecca Schaeffer ★★

I had the highest hopes for this book since I kept hearing it was perfect for Dexter fans. But really it reminded me of Hostel where there’s just a bunch of unnecessary gore for pure shock value. I felt like none of it contributed to the story and the plot went nowhere.

From the get-go this book, in my opinion, had weak world building and a weak magic system. Not only were both not well fleshed out, but the characters were also boring. And don’t even get me started on the “bury your gays” trope. I just cannot deal with that.

Sky in the Deep by Adrienne Young ★★★

Okay, I DID LIKE THIS BOOK but I was not a fan of how slow everything progressed. And the romance was so hyped up but it was very minimal. Nothing great stood out to me. It was just… average. I expected more, I’m sorry! 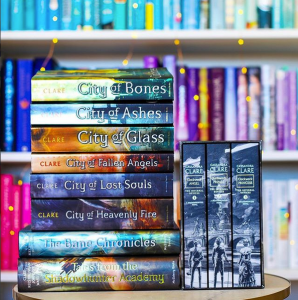 Yikes. Okay. Hear me out. I’m a fan of the Shadowhunters books, but I really didn’t love the first book (City of Bones) when I read it last year. But I’m glad I continued on with the series because it’s been such a fun journey. However, I really didn’t think anything could be as bad as book 1… but I guess it was possible… because book 4 was awful. You can read my ranty review (I’m so sorry) but let’s just say I was pretty much angry with everyone.

The Dark Beneath the Ice by Amelinda Bérubé ★★ 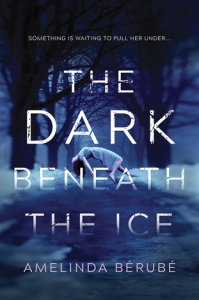 You know it’s bad if you can’t even remember why you didn’t like this book. But the horror elements did not grip me. It was all just… so boring. Also there was an unreliable narrator which completely kills a story for me.

A Curse So Dark and Lonely by Brigid Kemmerer ★★★

Again, this is one of those books that I enjoyed reading but in the end I just didn’t feel fulfilled. The opening scene was quite a mess, and then the once the kidnapped girl ended up with the beast I kind of stopped caring. I will say I did love the cerebral palsy rep and the secondary characters were great. But I didn’t love the “beast” and it was just a mediocre story. (Please don’t hate me.)

Sigh. Y’all. I did like this story and the ending was fine. And I will always love my favorite characters. But there were so many things that just rubbed me the wrong way. I really did love the battle scenes. Truly, I did. I just think this book could’ve been SO much shorter in order to get the same emotional affect from us. And some of my favorite characters got the shaft, so there’s that. Bummer.

That’s it! I hope I didn’t offend anyone. These are just my feelings about these books. I know some of my opinions are controversial and that maybe we, as reviewers, shouldn’t let our high expectations get in the way of rating a book. But I have to rate a book honestly despite what everyone else thinks. I hope that makes sense! 🙂 I’d love to hear what books you didn’t end up loving, too!